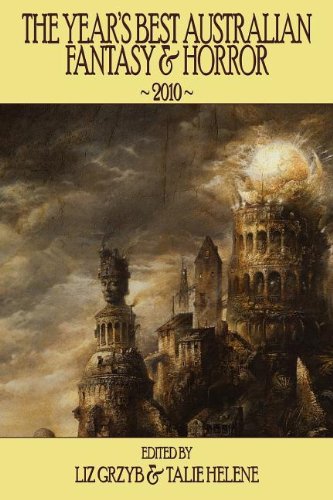 2010 was a great year for Australian fantasy and horror, with the World Science Fiction convention held in Melbourne serving as an impetus for many publishers, both large and small, to showcase the breadth and depth of Australian and New Zealand speculative fiction. Several hundred fantasy and horror stories by Antipodeans were published in 2010, contained in Australasian and international magazines, webzines, anthologies and collections. From this plethora of work, editors Liz Grzyb and Talie Helene have selected 33 tales of fantasy, dark fantasy, horror and paranormal romance for this volume. The editors also present an overview of the genre in Australia in 2010, including noting significant works, events, and the results of the major awards. Together with a recommended reading list this is both a book to be read and a valuable reference work. Published by a leading Australian independent publisher, this is first volume of an ambitious annual series that will document the state of health of the fantasy and horror genre throughout Australia and New Zealand.