It’s no secret that I’m a big Shakespeare fan. When I lived in London, The Globe was one of my favorite places to be. So when I heard about the Pop-Up Globe, there was no question I’d be seeing a play or two.

Then the call went out for volunteers. There was no choice.

The Globe opened in February and for the next twelve weeks I spent as much time as I could there. I scanned tickets and greeted guests as they arrived. I directed people to their seats and told them where the bar was. I roasted in the heat. I got drenched when it rained. I smiled and sold programmes and collected empty wine glasses and litter at the end of every show.   I stood until my feet ached and then I stood some more. I got really good at standing.

At least once a week I’d work a full day then head up to the Globe for the evening. Some days I wouldn’t get home until after midnight. Then I’d get up in the morning and do it again.

The Pop-Up Globe was an audacious, ridiculous idea. Every time I arrived I couldn’t quite believe the place existed. People came back again and again. People who had never seen Shakespeare before had the best possible introduction. Over twelve weeks ninety thousand people came through the doors.

I was continually asked what would be playing next year (nothing – it’ll be gone). I was asked where the Globe was going next (no idea. But it’s gotta go somewhere, right?)

They’re pulling The Globe down now. It’s all being documented on Instagram, if you can stand to watch. I can’t.

There was a bunch of stuff I’d planned on doing over the summer that I didn’t get to. The garden’s a disaster. The hallway remains unpainted. The novel didn’t get revised. But to get the chance to play a tiny part in this beautiful idea?

No place I’d rather be. 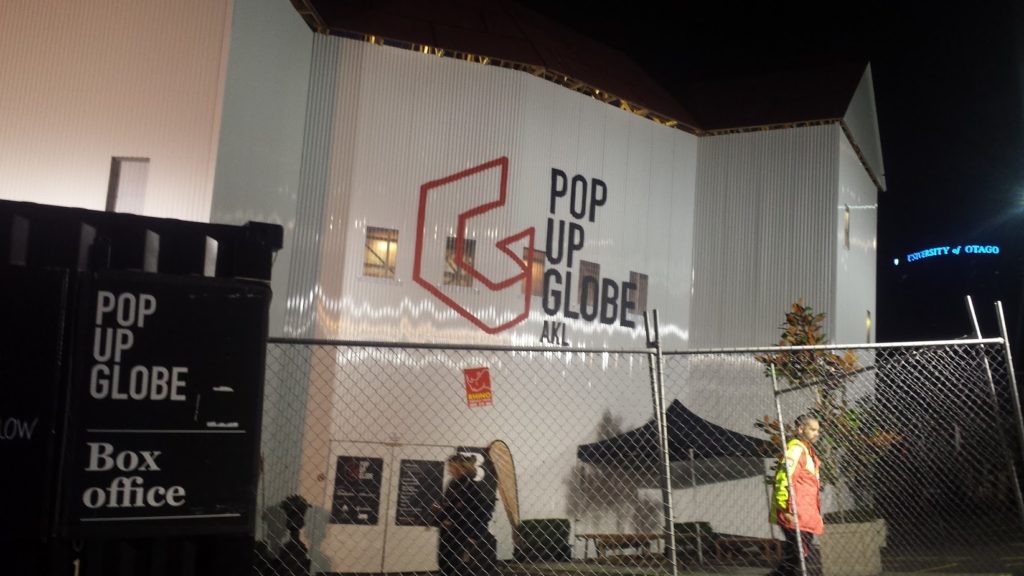